Covid19 ushered in a new phase of lobbying for evidence-based alcohol policies. All over the world, the risks associated with alcohol-related harm were acknowledged – in virtually every country that introduced measures to reduce the spread of the virus, access to alcohol was restricted in some way. These included limiting the operating hours of alcohol outlets and shutting down on-consumption venues. A handful of countries, South Africa included, banned access to alcohol altogether for up to two months.

The restrictions on the distribution and consumption of alcohol confirmed the World Health Organisation (WHO) decade-long recommendations and public health research evidence – reducing the availability of alcohol reduces the levels of alcohol-related harm.

These temporary restrictions demonstrated the possibilities of increased regulation of the availability of alcohol for reducing government expenditure and improving well-being and quality of life for citizens in the region. For example, in South Africa the number of alcohol-related medical emergencies   by over 60% during the 26th March to 16th April 2020 lockdown period.

In line with the World Health Organisation (WHO) SAFER package, SAAPA aims to continue promoting reduced availability as the new norm in the Southern African region.

Southern African Alcohol Policy Alliance in South Africa (SAAPA SA) used the 2020 Mandela Day celebrations to highlight the benefits to the country and its people of the alcohol restrictions. It did this through its 67 Teddy Bears for Mandela Day events which took place in five centres – Cape Town, George, Pietermaritzburg, Johannesburg and Tshwane. Each centre set up a display of 67 Teddy Bears – donated by SAAPA SA Alliance Partner, Teddy Bear Children’s Foundation – against a backdrop of two banners, one of which set out the actions that should be taken to reduce alcohol availability, the other of which listed the benefits of such actions. The events were made possible by the participation of Alliance Partners GunFree South Africa, Save the Children South Africa, South Africans Against Drunk Driving (SADD), and the Smoking & Alcohol Harms Alleviation & Rehabilitation Association (SAHARA).

As part of the campaign, SAAPA SA and Alliance Partners Sonke Gender Justice and GunFree South Africa also produced a short video which celebrated the impact of the alcohol restrictions in South Africa on the quality of life in communities across the country.

Zimbabwe used radio interviews to talk about the new norm.

They also took out an advert in the local newspaper to promote the idea of a new norm. 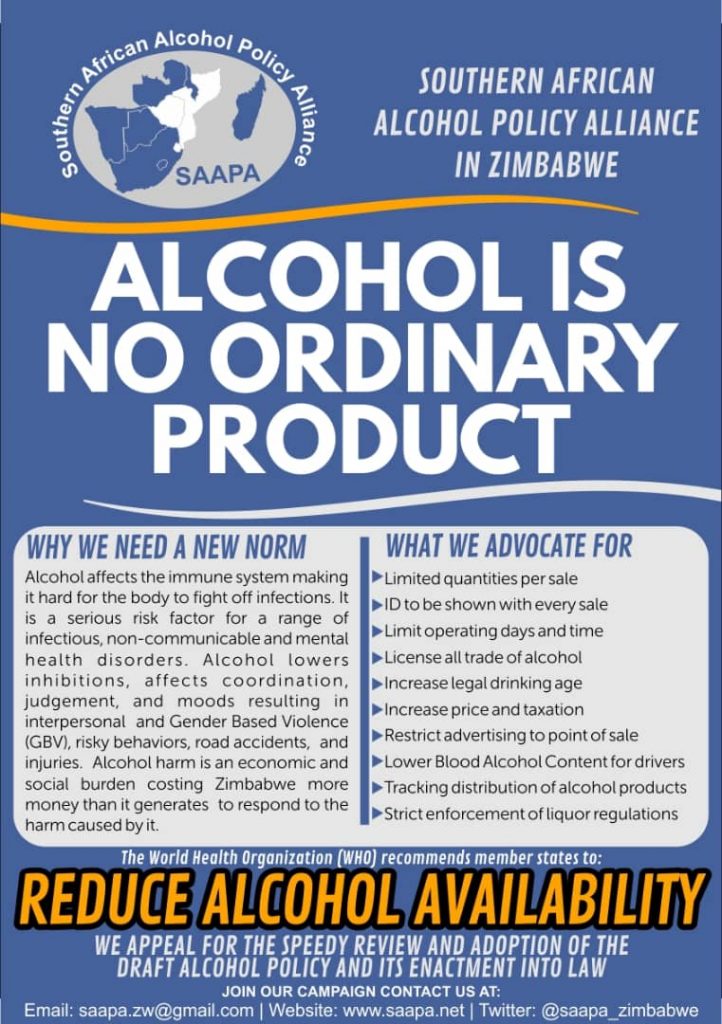 Lesotho hosted a press conference to launch the idea of a new norm. They had several interviews on radio and television.

SAAPA Lesotho were the first chapter to place an advert in a local newspaper to promote the idea of a new norm. 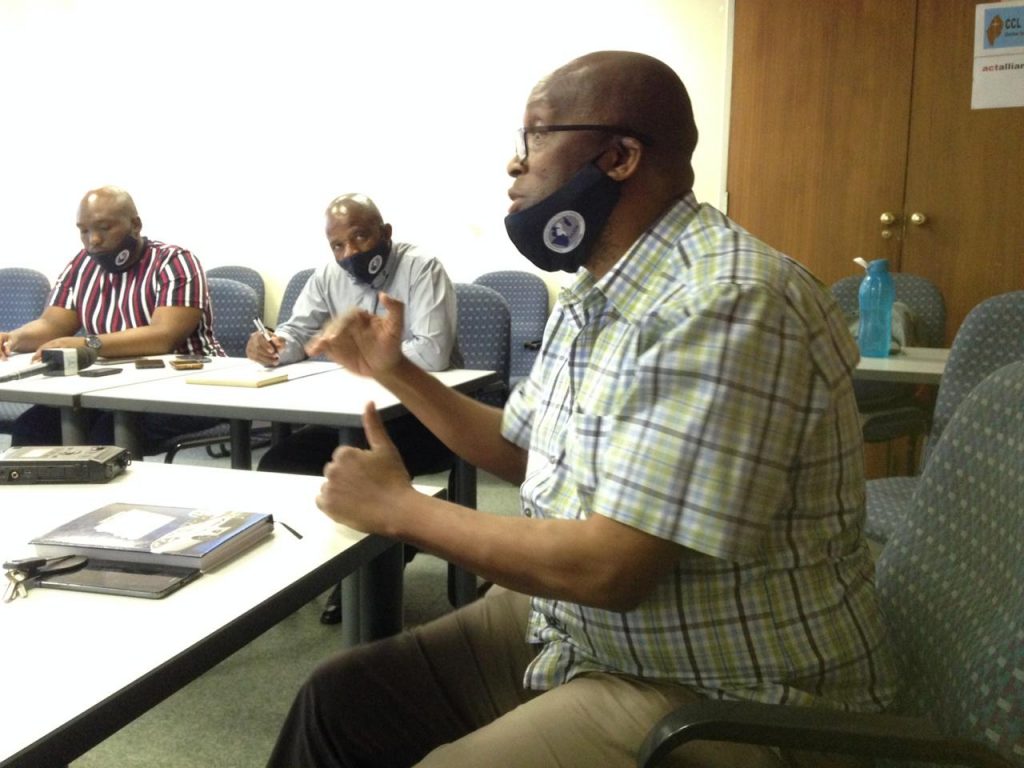 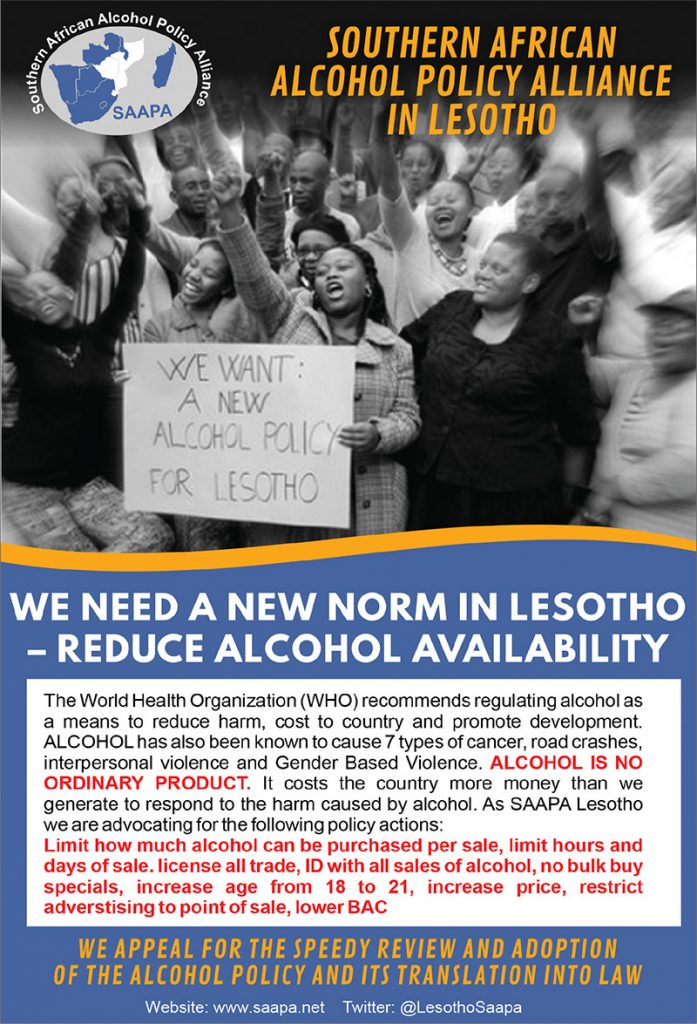